Are you looking to do more with your iPhone or iPad? Do you want more features and functionality than Apple offers you? You need Unc0ver, a jailbreak utility. Using Unc0ver you can download Cydia, the number one jailbreak app store in the world, offering thousands of tweaks, modifications, modified content, and much, much more. Even better, it’s free to use. read more
March 6, 2019 Apple, iPhone, Tutorials

Do you want to downgrade your iOS firmware for some reason? Perhaps to install a jailbreak or because on older version worked better? Then download TinyUmbrella and start saving those SHSH blobs today. TinyUmbrella is the only tool that saves blobs so you can downgrade at a later date and it's completely free to download and use. Safeguard your future with TinyUmbrella. read more
February 18, 2019 iPhone, Tutorials 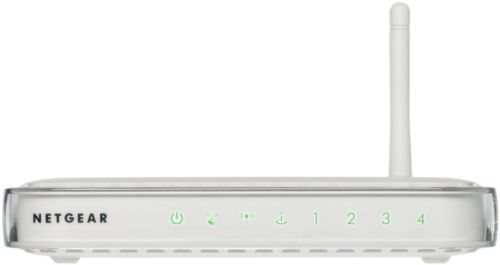 BSNL broadband needs to be connected with dial-up connection when you want to surf internet. The wireless modem can’t be configured automatically with BSNL broadband. Some users may find it difficult to configure wireless router. Few days back I purchased Netgear wireless modem. In this tutorial I’ll share the procedure to configure Netgear Wireless Modem with BSNL modem which is the best router for verizon fios. Many of us remember the popular games emulator, GBA4iOS. It was one of the best but, after releasing iOS 8.1, Apple all but killed it off and, while developer Riley Testut has done his best to keep it going, he has finally given in and announced defeat. GBA4iOS has finally been closed down for good but it isn’t all bad news. The same developer has been working hard on a replacement and it is called Delta Emulator.

The next public jailbreak is looking very elusive right now, with no word on whether we can expect to see an iOS 10 jailbreak in the near future or not. While we have seen proof of jailbreaks, particularly from Luca Todesco on iOS 10 and iOS 10.0.1, these will not be released publicly and we have heard nothing from the official jailbreak teams. This isn’t unusual as they prefer not to talk about their work until they are ready to release it but that doesn’t make the jailbreak community feel any better about the distinct lack of a jailbreak at the present time.

Not everyone wants to go through the process of jailbreaking but they still want to be able to add a few features to the stock iOS. The answer to those and while we wait for a new jailbreak is in an app installer called Mojo Installer. Similar to Extensify, Mojo offers a bit more than the stock iOS but nowhere near as much as Cydia. However, it is a decent alternative and can fill the gap quite nicely while we wait: read more